Practice Day on a Brother LS-30

My Singer 4166 is still in the mail and my Singer 201 still needs to be tuned up. I just happened to be browsing online and before I knew it, I snatched up a Brother LS-30 for $60 from Craigslist.com. It was too hard to let it pass as it came with 3 books (which I looked up on Amazon, of course) totaling over $54 alone. The three books were Sewing for Dummies

, and The Complete Book of Sewing

. So technically, this sewing machine was $6. The story: Former owner claimed that she never used it and it was a sudden gift when she had told someone that she wanted to learn how to sew. She never thought they would show up one day with a machine for her and say, "Oh here you go, now you can start sewing." (Wish things happened that easy, sometimes.) To be nice, she kept it but despite all these years, she never did sew and now has to lighten her load before she heads to the east coast in her truck.

The next step is to thread the machine. My hubby just sent me this link to help me: Threading the Machine

I will let you know how it goes... it might take me another hour or two for this step. I will backtrack and also add a link showing you how to thread a bobbin.

(5 minutes later) OMG!!! If I had only watched this bobbin video before attempting to install the bobbin, I would have saved me an hour! Online videos are highly recommended!

Here is a picture of the machine I am working with:

Posted by Jennylou Raya at 1:06 AM 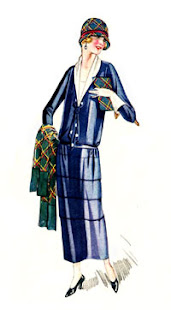